Test a number of Antivirus before trying Eset

Windows will always alert you if you’re device is at risk because of not having antivirus. That’s kinda annoying if you can handle viruses or you have knowledge on how to prevent being infected. But surely most of us Windows users doesn’t have that kind of knowledge. And having Action Center is a great feature to use.

Action center shows a list of Antivirus and I actually tried testing a number of products in the list before I finally stick to Eset. Pick one in the list and start using each products trial version. An updated trial version would be enough to guard your devices. Feel free to test each product until you find what suits your needs.

Why did I pick Eset as the Best Antivirus?

Antivirus that Works best even in low-memory devices

Kaspersky is my employer’s favorite antivirus. And I think it’s really a great product. But the problem is it eats a lot of memory in the device. Maybe disabling features that you don’t need can make it loads light. But I think Eset got this, as it still works best without using much ram.

Some antivirus can’t detect Adware. I actually notice that when they try shifting to Norton. They purchased a one year license of that product and let me handle maintenance (my old employer lets me handle minor problems on there devices because I have a little background on computer tech, and I’m lucky enough to pull that through without damaging there computers ).

A few months after installation, my boss complains about her device being slow and restarting randomly. Though I think the restarting issue might be a hardware problem (and I don’t have the tools and guts to do that), I just did a quick scan using the antivirus and investigates the computers processes. Surprisingly, there are no virus detected yet there are processes that looks kind of suspicious that can be seen in the task manager. Forcing me to use a different tool to wipe that nasty processes in my boss computer.

Eset Smart Security knows how to clear adwares. I’ve seen it’s scanned that kind of adwares in my co-workers computer. That same adware that been deleted by a different tool on my boss computer. And it works as good as the Adware remover tool. I don’t want to ruin Norton’s good reputation, but that was I noticed. Maybe Norton can do that things now, but because of that experienced, I’ll vote for Eset.

It has tools that makes me really trust Eset

Eset has a great user-friendly UI. It’s simple yet there are feature that really makes user feels secure. Trusting Eset to handle your network security is worth the try. Intrusions that people might not be quite familiar with can be handle with ease. I remember Eset detecting one of the PC in the network performing ARP spoofing on my computer. Eset alert me instantly, allowing me to perform some action to see where and which computer performs that attack. Though I don’t think my co-worker using that PC has the knowledge on performing that kind of attack. It’s really worth trusting Eset to handle network security.

Treat Project Escimma a Coffee :)
or 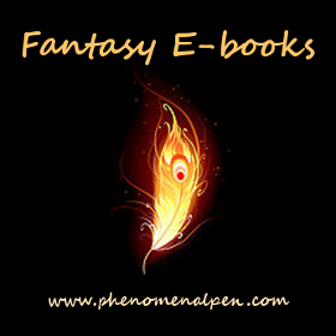